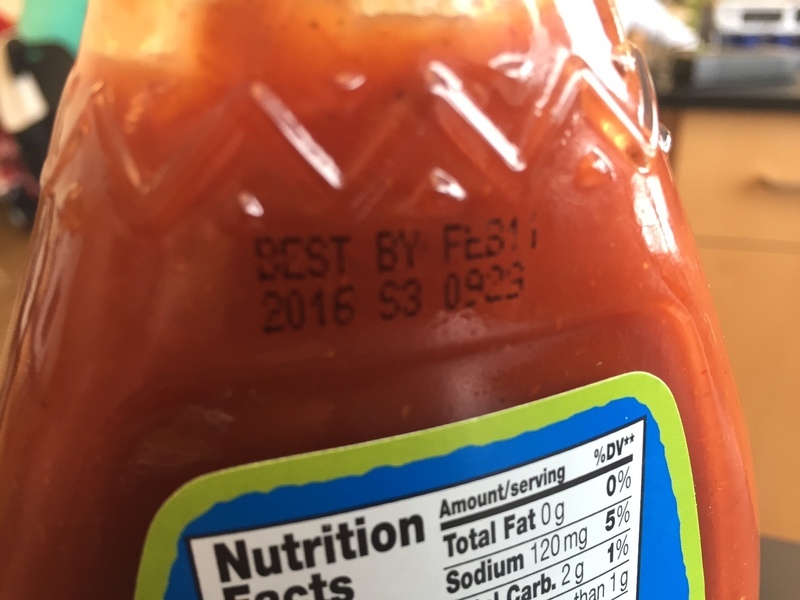 Today was the taco party. Four years ago, one of my students left a bottle of taco sauce in my room. The bottle was brought for a fiesta in Spanish class but was never opened. The students had opened up a jar of salsa instead. So the bottle sat in my room for a while. Then I started having students turn in their labs right next to the taco sauce. Later, the taco sauce ended up on a top shelf. This year, we realized it expired in February of this year, and we planned for a taco party.

Today was the day. We had lots of sugary treats, some nacho chips and taco meat, and no plates. We managed.

We also took a test, whiteboarded the last, relatively straightforward problems about pendulums, and played a little bit with the long slinky. We're moving on to mechanical waves tomorrow.

We worked on our graphing skills for the spring-mass system. Graphing the kinetic energy and the spring potential energy was a bit difficult. Also, finding the amplitude of the velocity-time and acceleration-time graphs requires us to go back to all our old models.

Oh, we also planned for a taco party tomorrow. The taco sauce that's been in my room for three years expires tomorrow.

We started with the equation for the sinusoidal functions. We know the position-time function for the mass-spring system looks like a sine curve, and we know, from pre-cal class, that we can write a sinusoid as y = A sin (Bx + C) + D. We quickly listed what each of these four variables would do to the graph. It looked like the only one we didn't understand was ﻿B. ﻿What would affect the period of the sinusoid? We brainstormed some ideas (mass, spring constant, friction in the system, amplitude) and went into lab.

The final model was surprising; how could it be so complicated and yet so simple? So we talked a little about and did some practice. We should be done with this unit quickly, probably by the end of tomorrow. The restoring force particle model seems so easy now that we have so many other models under our belt.

We finished magnetism today. The change in the magnetic flux can be hard to see, so I made skid some flash cards after school today. We had pictures of various situations on one set and descriptions of possible changes to the flux on the other set. One from Set A, one from Set B, then go! What is the induced current?

We then moved to a mass on a spring. The graphs were pretty, and we could explain them well. 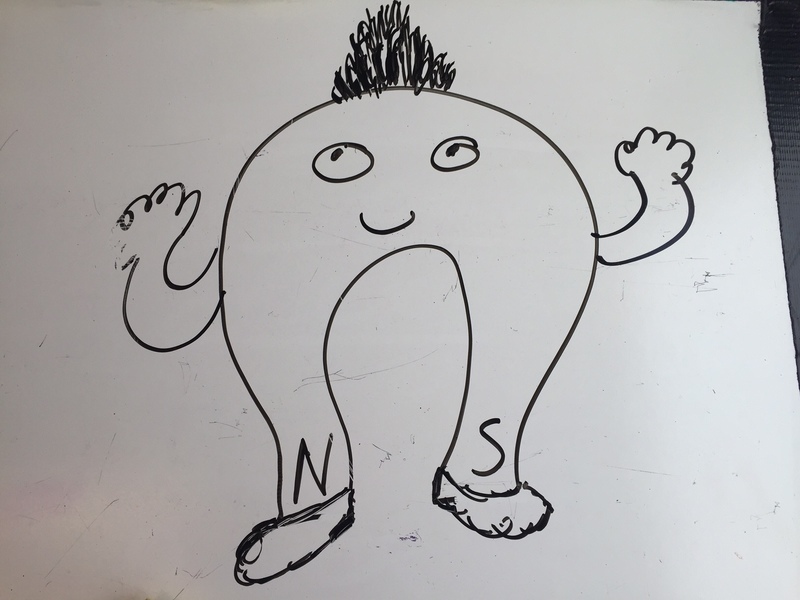