Shortened periods. Long test (longer than I hoped). So there was no time to do anything else.

It made me a little sad. I like watching these students think, and while I'll have lots of evidence to mull over this weekend, it's different when you can hear them making changes in their thinking by talking to their peers. 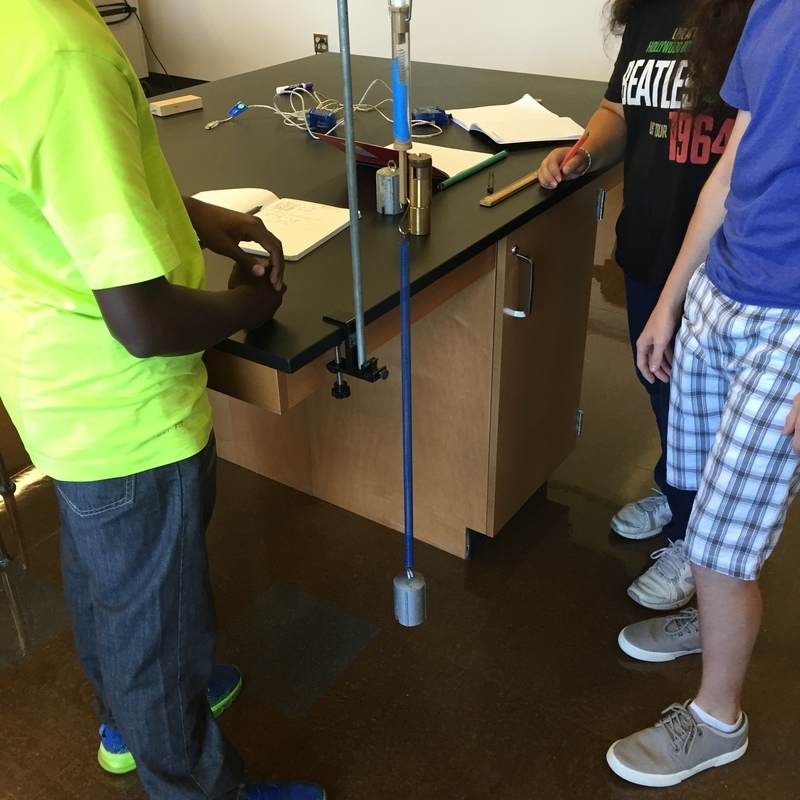 We went over our applications of our model of friction, which really went better than I expected. Then it was time to introduce a new force, the force of friction.

But it isn't really the time. Usually, I move from unbalanced forces to projectile motion. I had all those packets ready. But, somehow, I thought it was time to talk about the spring force.

It wasn't what I planned, but it seemed to make sense. There's no reason we can't go back to projectiles when we know more about other tools to look at motion and force. And it was a great lab for where we are in our lab experience; I could let the students loose to use all the different tools at our disposal. (They all tried such different ways to do the lab; you can see that in the pictures.) It actually might be better to do projectile motion later, when we haven't just been focusing on kinematics for so long. It'll be a good way to reinforce and spiral back.

Or at least I hope. My subconscious made that decision, and now I'm going to try it. 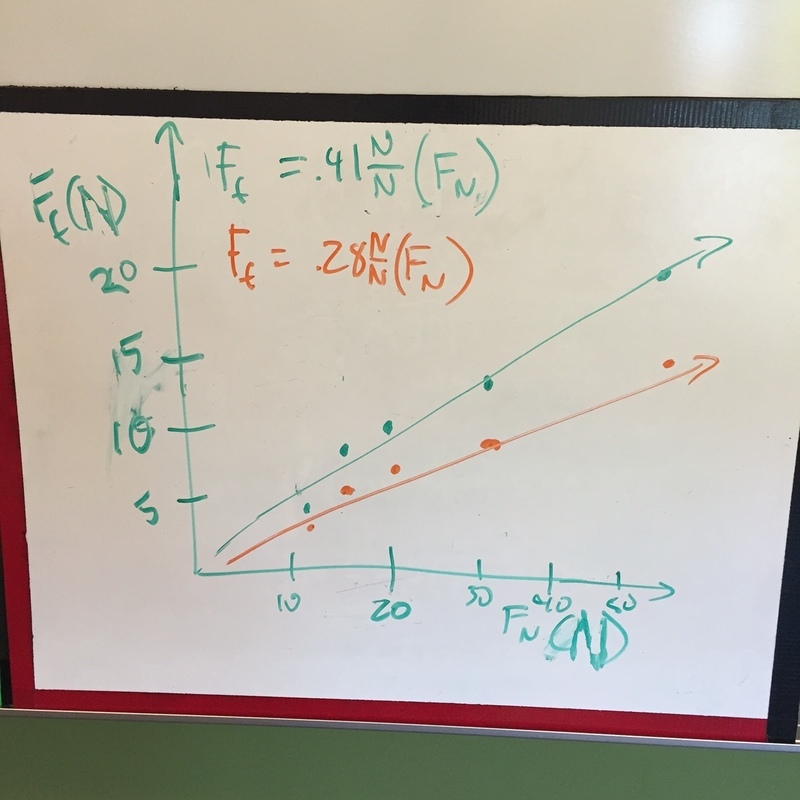 After Rosh Hashanah off, we are back. We started by whiteboarding some unbalanced force problems. Replacing the numbers in some questions with variable does make it much harder. We spent some time just thinking through variables. But systems thinking is helping; most everyone tried to solve the Atwood machine using a block-string-block system, which made me proud.

Then it was off to lab to figure out a model for friction. We thought of three things we could test that would affect friction--the speed of the object, the normal force, and the two surfaces. The speed didn't seem to matter, and since we can't quantify the surfaces, we tested the normal forces. We will debrief this lab tomorrow. 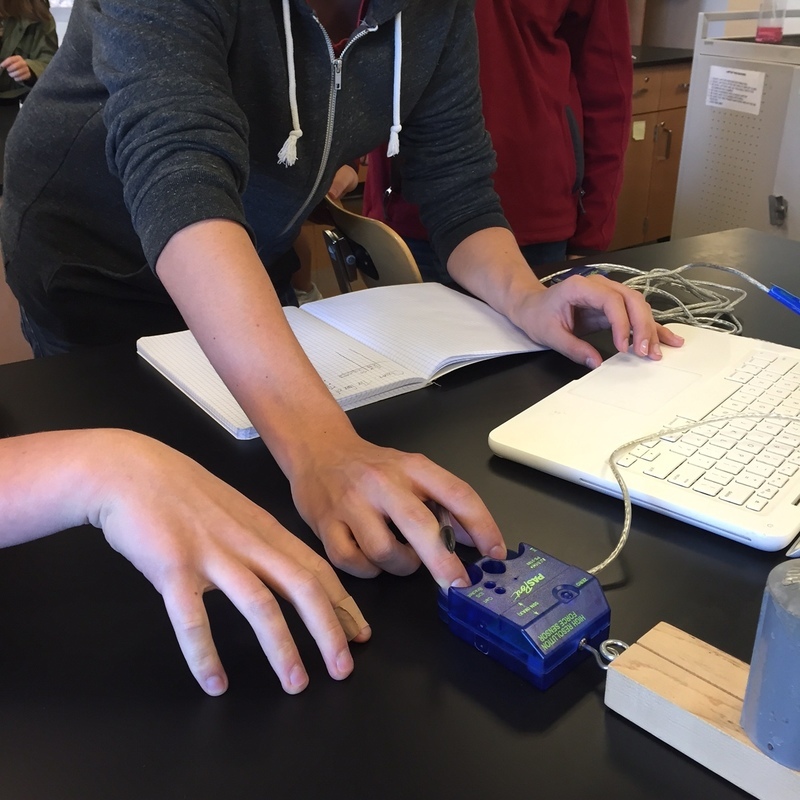 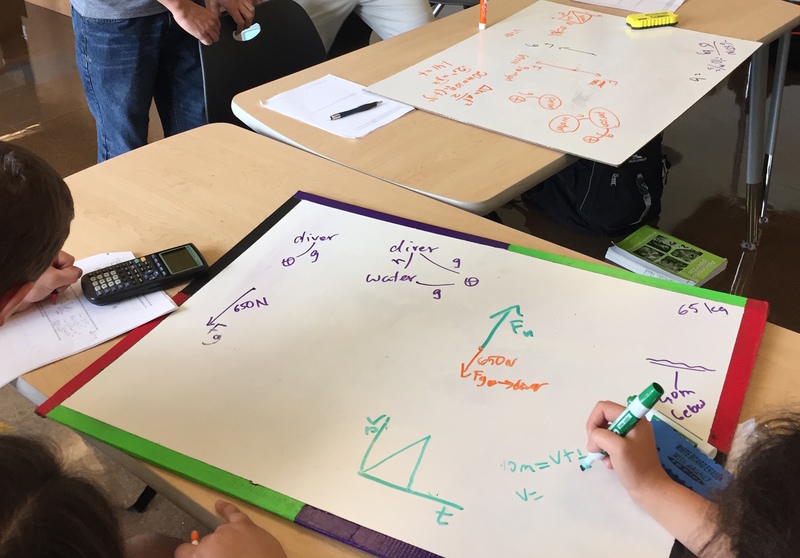 We worked on uniform acceleration and unbalanced forces and how you can translate between knowing about the forces on an object to knowing about the motion of an object. We did it using whiteboard speed dating, another thing I learned from Kelly O'Shea. It's great; it forces the kids to move. It makes sure that ideas spread around the room. It requires students to wrestle with how other students represented the work. We did whiteboard speed dating for the entire 100 minutes, and we never got tired of it. 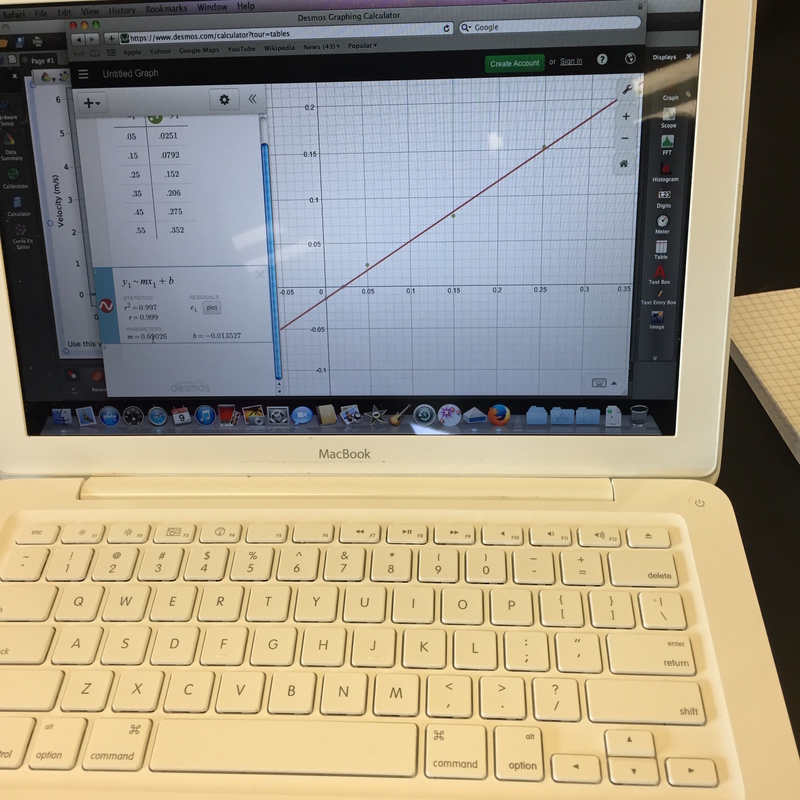 We found out how the acceleration of our hook-string-cart-mass system changed as the external force was changed. Since we talked about systems earlier, it wasn't as hard as usual to use a modified Atwood machine for this lab. The idea of moving mass from the cart to the hook to change the net external force without changing the mass of the system seemed easier to explain this year.

Since we already had a reason to believe that m/s² and N/kg were equivalent units, when the slope reduced to 1/kg, we had to mass one of the systems. Pro tip: I kept a list of the reciprocals of the masses of the systems in my front pocket during the lab. I knew which group I wanted to bring their system up to the front to be massed.