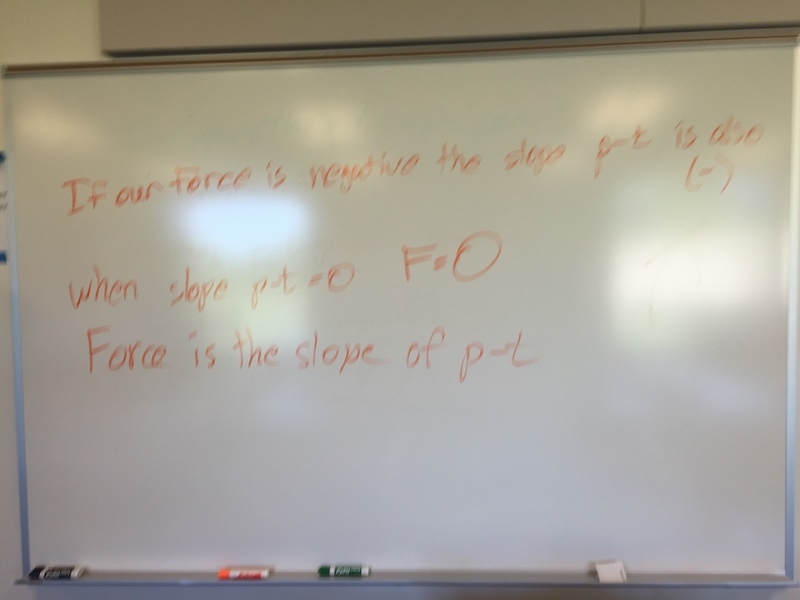 If you've been following me and read this tweet, you know that I'm going to be defining momentum in a different way this year. We're defining force as the slope of the momentum-time graph. This means we have to define momentum too, which is the hand-wavy part of this unit. Why even come up with this concept? Luckily, we define momentum as "how hard it is to stop something" and "mass times velocity" before anyone was too awake.

Then we went to lab and had a cart bounce off a force probe. We changed the mass of the cart and the spring on the force probe. We graphed momentum-time and force-time graphs. Here's what students noticed in lab: