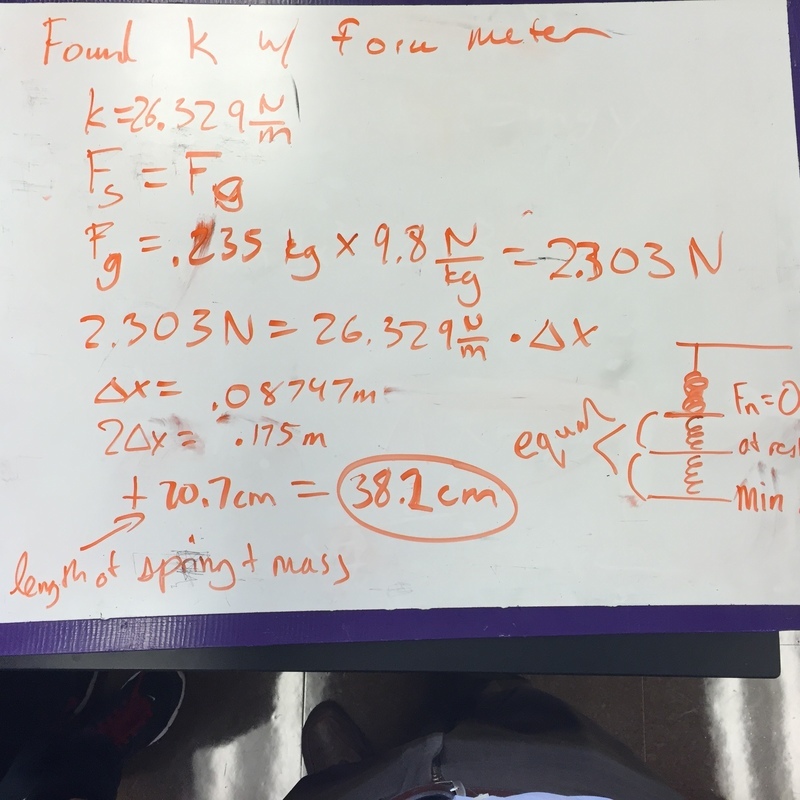 I've done this lab, in various forms, at least ten times. I remember when Cathy Abbot, my physics mentor at Lexington High School, set up the scenario of bungee jumping over Yam Lake to appease the Yam gods. I've modified it many times, always trying to get it better. It's a model deployment lab; where should you drop a mass hooked to a spring so that it hits the surface of a pan of water but doesn't hit bottom? As a scientist, I expect students to find a model that seemed good, take a few measurements in lab, and then use the model and mathematics to come up with an answer that works in the real world, helping confirm the model.
I teach a class of engineers. I had a group study the model of the experiment in the front, which used a different spring and a different mass, to conclude that the distance from completely unstretched spring to equilibrium point is the the same as the distance from equilibrium point to maximum stretch. I had groups build replicas of the mass they'd have to drop to test, ignoring my instruction not to let anything drop from the spring. They wanted to test. They wanted to combine our physical models with approximations that work.
I'm impressed with their problem solving skills. But I'll never have any masses available when students do this lab in the future.