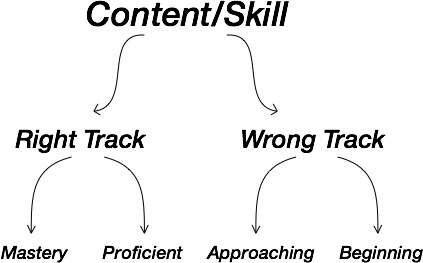 We finished CVPM today. We had two really good discussions. One was centered on the question "Should the last dot on a motion map have a velocity arrow attached to it?" The other centered on the question "If two objects' position-time graphs cross, are they moving at the same speed?" We also carefully distinguished distance and displacement for the first time, and related them to speed and velocity.

More importantly, I introduced my grading system. I had a simple Red-Yellow-Green Standards-Based Grading system last year, but I think, just due to who I am as a grader, that my Yellow band was way too wide. I split Yellow into two different levels: Proficient and Approaching. I think this will help students know whether they are just making a few mistakes (Proficient) or whether they need to spend some time working on their conceptual understanding (Approaching).